Yoigoshi-hen (宵越し編, Beyond Midnight Chapter) is an extra arc originally released as part of the Higurashi WHEN THEY CRY manga. It was later adapted into visual novel format in the third volume of Higurashi no Naku Koro ni Kizuna and subsequent console ports under the same name.

20 years after the Great Hinamizawa Disaster, the lockdown on Hinamizawa has finally been lifted. Many people visit the long-abandoned village harboring their own secrets, and when a corpse suddenly turns up, nobody is free from suspicion.

Yoigoshi-hen was first illustrated by Mimori and serialized in Square Enix's G-Fantasy magazine from July 2006 to August 2007 with the original draft written by Ryukishi07[1]. It was later collected as two volumes. Yen Press published them in English under the title "Beyond Midnigh Arc".

Notably, the serialization between the time it did for Himatsubushi and Meakashi and this arc was later listed between them in Square Enix's official reading order.[2] Yen Press followed as such in the global numbering it gave to the volumes.

This arc was adapted into visual novel format in Higurashi no Naku Koro ni Kizuna Volume III released on May 29, 2009 for the Nintendo DS.

This arc was included in the pachinko machine CR Higurashi no Naku Koro ni Itadaki released on December 19, 2013. It included animation clips in the art style of animation works by Studio DEEN.

This arc was included in Higurashi no Naku Koro ni Sui released on March 12, 2015 for the PlayStation 3 and PlayStation Vita.

Higurashi no Naku Koro ni Hou included this arc and was released on July 26, 2018 for the Nintendo Switch and January 24, 2019 for the PlayStation 4.

The visual novel version of Yoigoshi has several differences from the manga version: 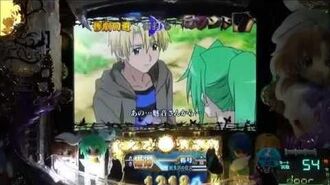