The 012th Holy Agent Corps, or Yeladot Shavit, is an Aerial Augmented Infantry squad from the Abrahamic Brother Nations.

The 012th Holy Agent Corp is a Gauntlet Knight squad mostly for propaganda purposes. Namely, their duty is to encourage troops before battle [1] and recruitment in the form of Public Relations targeted towards younger audiences in the form of pop idol [2].

In addition, they also perform as barrier troops. They are tasked to kill any retreating units or anyone who is having a sub-par performance on the field that is marked by command. The combined power of the three is enough to down a friendly or enemy Ace.[3]

Ever since the Aerial Augmented Infantry was first created, the ABN leadership has had doubts as to whether it would be possible to suppress an uprising of ace units if one were to occur. So, following a pattern exactly opposite to the one-man-ace style of Thalathat Suyuf, they carried out trial-and-error experiments based on the concept of con-fronting a single ace with a team of three. Yeladot Shavit is a successful product of this initiative.
Additionally, though the Holy Agent Corps is often viewed as a propaganda corps aimed at youngsters, some suspect that they're actually barrier troops.

Rumor has it that their real mission is to observe allied Aerial Augmented Infantry troops from behind, ready to eliminate them if they ever attempt a betrayal or a defection.
Their kette is composed of three Attackers. Supposedly, the three of them together can instantly kill a single treasonous ace.
However, some think this is just another scary story from the Internet. They shine like idols, so there certainly are people on the nets who are jealous of them.

Yeladot Shavit was formed out of concern that an uprising could occur amongst the ABN Gauntlet Knight aces. In addition, they are used as a propaganda tool aimed at children.

In Chapter 2, Alongside Thalathat Suyuf, Yeladot Shavit participated as a representative for the Abrahamic Brother Nations in the International Battle Standard Festival. Later, they joined the Public Bath.

In Chapter 18, in a clash above the Mediterranean Sea between the ACR's Gauntlet Knights, who included Squad 601 and Cairo Memorial Squad; and ABN Forces, which also included Thalathat Suyuf. Yeladot Shavit is present to give a propaganda speech to encourage friendly Gauntlet Knights to fight for their faction and to kill and drive the invading ACR units out of their factions land. This would be promptly ignored by the ABN Gauntlet Knights.

In Chapter 23, during the Drone attacks, Yeladot Shavit was present in order to inform people that religious police were present to arrest people without trial and to encourage people to report Athiest and fundamentalist terrorists as possible before they could take advantage of the situation.

In Chapter 25, before the Second Simultaneous Global Truce, the Squad was granted permission to shoot down allies whose performances were deemed lackluster by command.

Image taken from the OP 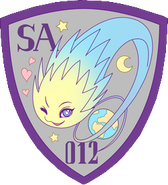 Squad emblem
Add a photo to this gallery

Retrieved from "https://07th-expansion.fandom.com/wiki/Yeladot_Shavit?oldid=72567"
Community content is available under CC-BY-SA unless otherwise noted.