Sayo as a child in her servant outfit

Add a photo to this gallery

Sayo dressed as Beatrice in the manga 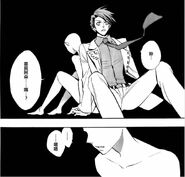 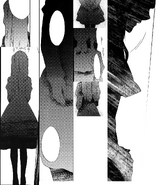 Sayo as she appears in the EP8 manga, horrified as she learns of her own disfigurement.

Sayo overseeing all the Fragments in which she commits murder. 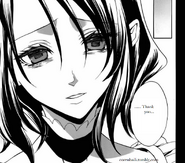 Close-up on Sayo's face as she decides to take this final step.

Kinzo acknowledging Sayo as his and Beatrice's child in an imaginary happy scenario of Ep8. 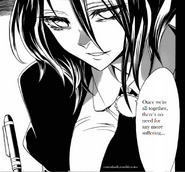 Sayo plotting the murders,
Add a photo to this gallery
Retrieved from "https://07th-expansion.fandom.com/wiki/Yasuda/Image_Gallery?oldid=79276"
Community content is available under CC-BY-SA unless otherwise noted.