Umineko no Naku Koro ni Saku (うみねこのなく頃に咲, lit. When the Seagulls Cry Bloom) is the latest visual novel release in the Umineko When They Cry series released on the same day with Ciconia no Naku Koro ni. It is a collection that contains all released visual novel content for the series thus far, as well as some additional content. Like the previously released Tsubasa and Hane, it is officially subtitled When They Cry 4+.

At that time, it was released in Japanese only. Currently, the translation team Witch Hunt have been asked by Ryukishi07 to focus their efforts on the completely new game Ciconia, which means that it will be some time before Saku is released in English [1].

A short story describing the process of creation for Beatrice's game boards, from setting up the murder tricks to adorning the narrative with fantasy. It was previously released as a bonus booklet and as part of the short story compilation book The First and the Last Gift. This is the first time it has been made into a visual novel. 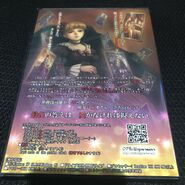 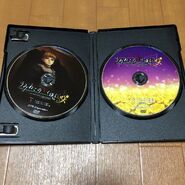