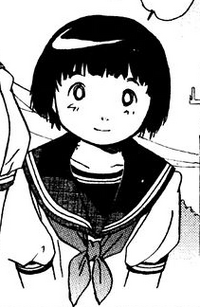 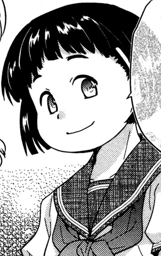 Tamako has short blue hair and is frequently seen wearing a school uniform.

Tamako is first introduced walking to school with Natsumi and Chisato.

After the Great Hinamizawa Disaster happens and bizarre murder incidents start cropping up, Tamako considers that Natsumi may actually be from Hinamizawa but Chisato tells her to quiet down.

Tamako and Chisato later go to provide Natsumi company when she's hospitalized after her parents' deaths.