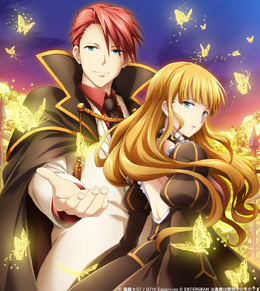 Nocturne of Truth and Illusions

The remaster follows Rondo of the Witch and Reasoning and Nocturne of Truth and Illusions in adding a new sprite set with additional poses and expressions, as well as CGs, additional visual effects, voice acting, and a new opening video.

The song for the new opening video is Kasaneawase no Nekobako (Catbox of Superposition). It is composed by Chiyomaru Sakura and performed by Sasaki Rico.

Retrieved from "https://07th-expansion.fandom.com/wiki/Symphony_of_Catbox_and_Dreams?oldid=74605"
Community content is available under CC-BY-SA unless otherwise noted.