Drama, Mystery, Psychological thriller
Pachi-Slot Umineko no Naku Koro ni (パチスロ うみねこのなく頃に) is a Pachinko game by OIZUMI and 07th Expansion that was released on January 20, 2014. It is subtitled When They Cry 3-4.

The game has all 8 arcs with animated scenes, new art style (based on the manga), voices and other updates. The gameplay is a mix of Pachi-slot (Machine-slot) and Visual Novel, and you need to make "combos" for the story to continue.

An artbook of this game named Character of the Slot Golden Witch was released on February 25, 2015. 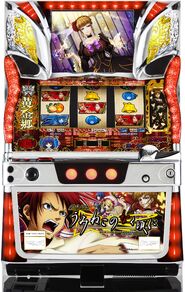 Slot machine for the game 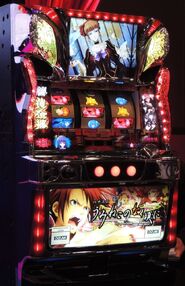