I believe what you said (song)

For the album, please refer I believe what you said / Asaka

I believe what you said

I believe what you said is the opening song for Higurashi no Naku Koro ni Gou. It was performed by Asaka and written and composed by the famous anime producer/lyricist and composer Chiyomaru Shikura. Two titular singles featuring the full version were released on 14th October, 2020. 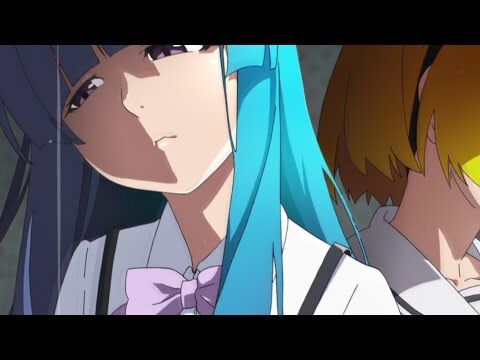 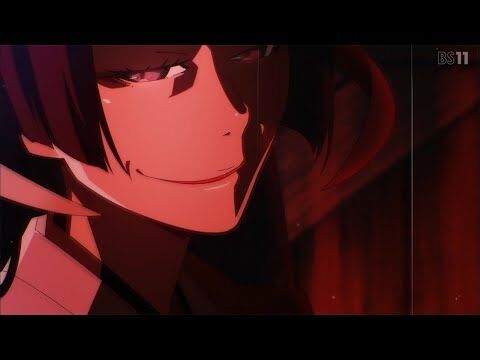 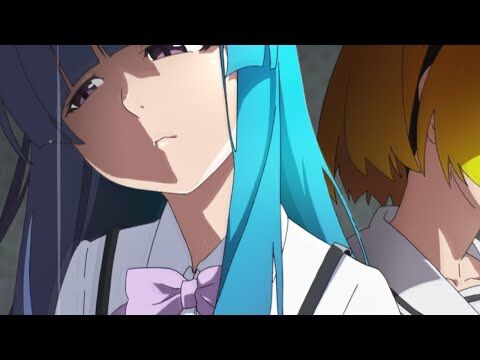 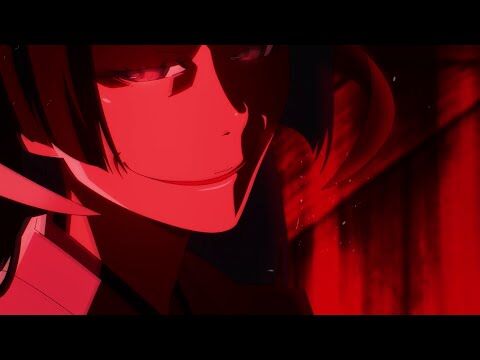 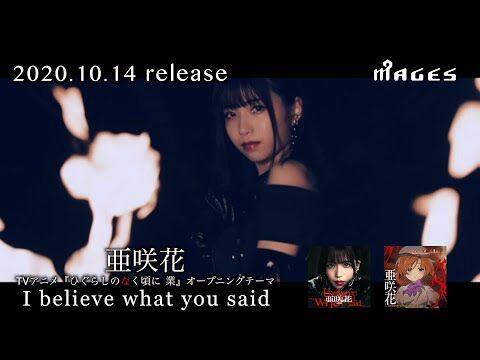 The opening begins by showing several objects in succession: Rena’s cleaver lying on some junk in the junkyard, Mion’s holstered gun lying on a table, Shion’s stun gun lying on a bench, and a teddy bear sitting on a desk. The second version of the opening replaces the bear with Rika’s gift box.

Shots of various characters are shown next: Keiichi standing somewhere in Hinamizawa holding his bat and staring at the sky, Rena holding her cleaver in the junkyard and looking towards the camera, Mion and Shion sitting back to back in their house with Shion holding her stun gun and Mion her firearm; both of them look downtrodden. The camera looks into a school window where Rika and Satoko are standing back to back at a distance. It changes to a closer shot where both of them are closer together and look down.

The singing starts, and black birds are shown flying into the air. A flower vase sits on a school desk, the window view suggesting that it is on the second or third floor. The Oyashiro-sama statue inside the ritual storehouse is shown, with both of its hands intact. Water flowing into a sink is shown. A teenage girl undoes the tie on her uniform, likely a teenage Satoko. Hanyuu is shown standing inside the ritual storehouse and staring out into the open door, where it is daylight outside. A panning shot of the branch school is shown. Shots of Rena’s cleaver surrounded by blood, the cross inside the Sonozaki torture chamber, and blood flowing down a river, are shown rapidly. A panning shot of the Sonozaki secret tunnel is shown. The camera pans through the storehouse again where a shadowed figure is kneeling. The camera zooms into the figure, shown to have horns, which looks at the camera before it smiles with a red slit. The second opening reveals the figure to be Eua.

A teenage Rika runs through a forest, stumbling at times. A splash of blood erupts into the air and changes view to Rika looking towards the camera as she runs. She reaches her hand out towards the storehouse doors opening into a white space, which some Fragments fly out of. A pair of hands reaching towards Rika is reflected in her eye. Many scenes are played in rapid succession: a light fixture on a building, the rotary phone in Rika and Satoko’s shack, a wrecked car at the junkyard, the water wheel in Hinamizawa, the torii gate at the Furude Shrine, a roadside rail in Okinomiya, a garden, a living room table covered with beer bottles and cans, a hospital bed with a cart full of supplies next to it, the child consultation center, a set of lockers at school, a doll wearing a kimono inside a case with another doll next to it wearing an ornate dress, what appears to be St. Lucia Academy, and a khakkara. A hand (likely Rika’s) picks up the fragment of the Onigari-no-ryuuou.The title is shown, with blood dripping off the red na character into a puddle below