Hou includes all arcs from Sui and adapts the arcs from the PC Higurashi release of the same name. It also adapts Batsukoishi.

An official English release is currently unfeasible, as 07th Expansion themselves have said that the game's script is too long for publishers to translate, and due to differences in content between the console version and the PC version by MangaGamer, the PC script cannot be used.[1]

Batsukoishi-hen was originally released in Higurashi no Naku Koro ni Rei. It is an extra arc that originally served as the All-Cast Review Session for Meakashi.

Outbreak is a extra arc that takes place in an alternate continuity from the main story.

Kamikashimashi-hen is an extra arc that acts as a sequel to Outbreak.

Hinamizawa Bus Stop is inspired by the original stage play script that Higurashi's story was based off of. It features a new set of sprites and CGs that were drawn by Tomozo, the artist of the manga version.

Several arcs feature choices that determine how the story will go, with various bad endings included. There is also a minigame added called "Quiz Shin Oyashiro Shock" where the player can answer trivia questions about the series and unlock art galleries and new arcs early.

A patch changed the eye color of Rena in one set of CGs from red to blue.[2] Missing voice lines from Tomitake were also added to Outbreak, Kamikashimashi-hen, and Batsukoishi-hen, as Hou previously released when Tomitake's voice actor Toru Okawa was on medical leave, making him unable to record new lines.[3][4]

On March 25, 2021, Hou was rereleased as a two-pack with Umineko no Naku Koro ni Saku: Symphony of Catbox and Dreams.[5] 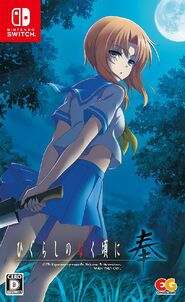 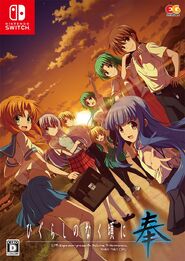 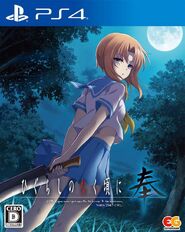 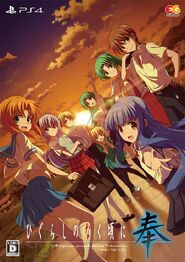 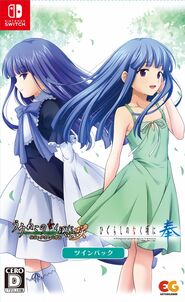