Higurashi no Naku Koro ni Hou+ (ひぐらしのなく頃に奉+, When the Cicadas Cry Gift Plus) is a remaster of the original Higurashi When They Cry visual novels. It released on January 28, 2022 and features a new short scenario, Mehagashi.

The remaster was teased back on July 14, 2020 when demos for Onikakushi and Watanagashi were released on 07th Expansion's website, featuring upscaled sprites and new music by xaki.[1] Users discovered assets from Himatsubushi were included in them.

The 14 story arcs from Higurashi no Naku Koro ni Hou are all included. The Back Staff Rooms, previously hidden bonus scenarios in the original story, were also made accessible in the Extras section of Hou+. 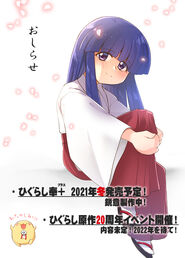 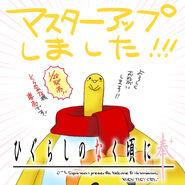 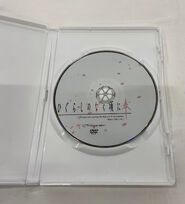