MangaGamer announced in early 2015 that they would translate and release all 14 chapters in Hou individually on Steam. [1] The first 8 chapters, comprising the Question Arcs and Kai, are currently sold under the name Higurashi When They Cry Hou.

Entergram released a console version under the same name on Nintendo Switch and PlayStation 4 in 2018 and 2019 respectively.

A remaster titled Higurashi no Naku Koro ni Hou+ was released on January 28, 2022.

An extra arc set in an alternate continuity and adapted from a story included in Higurashi Daybreak Original Soundtrack.

A sequel to Outbreak.

An extra arc inspired by the original stage-play script that Higurashi began life as. 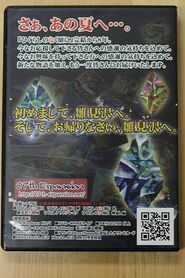 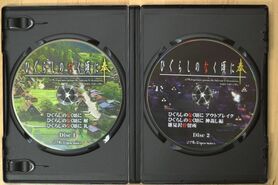 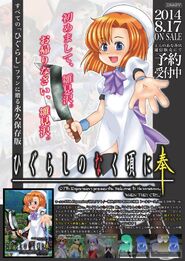 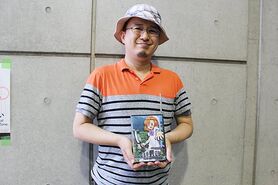 Ryukishi07 holding a copy of Hou.