Higurashi no Naku Koro ni / Eiko Shimamiya (ひぐらしのなく頃に / 島みやえい子) is a single album released for Higurashi no Naku Koro Ni series. It is composed by Tomoyuki Nakazawa and Kazuya Takase and performed by Eiko Shimamiya, who later went on to perform many songs for the Higurashi franchise; which were featured in the anime and live action movie adaptations. The single was published by M:X and Frontier Works Inc. on May 24, 2006 and originally sold for 1260 JPY. Frontier Works Inc. would also be in charge of distribution alongside Geneon Entertainment. 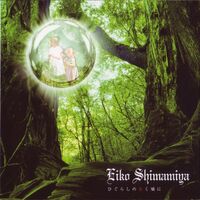 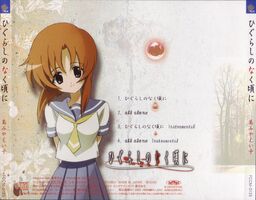 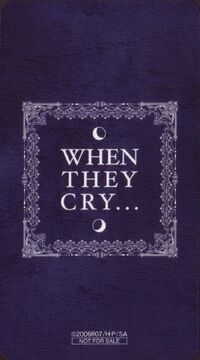 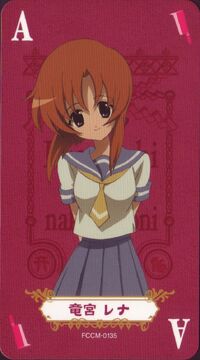 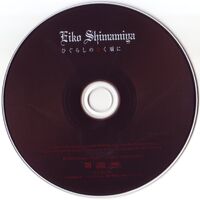