Higurashi: When They Cry - GOU

I believe what you said

Higurashi: When They Cry - SOTSU

Higurashi no Naku Koro ni Gou (ひぐらしのなく頃に業, When the Cicadas Cry Karma) is a 2020 Higurashi When They Cry anime project created by Passione that serves as a sequel to the original story.

The series was licensed by Funimation for streaming, which originally licensed it under the name Higurashi When They Cry - New. Subsequent advertisements and media changed the title to Higurashi: When They Cry - GOU.

A continuation titled Higurashi: When They Cry - SOTSU began airing in July 2021.

New kid Keiichi Maebara is settling into his new home of peaceful Hinamizawa village. Making quick friends with the girls from his school, he's arrived in time for the big festival of the year. But something about this isolated town seems "off," and his feelings of dread continue to grow. With a gnawing fear that he's right, what dark secrets could this small community be hiding?[2]

While under a new studio and team, the new anime inherits the composer of the 2006 Studio DEEN adaptation, Kenji Kawai. All music tracks used in the anime so far are from the soundtrack of the previous adaptation. In addition, the official twitter account of the 2006 anime is reused for the promotion of the new anime.

Ryukishi07 was in charge of writing and supervising the 2020 anime[3]. He stated that he included little details that only those who are already familiar with the story would get[4]. The voice actor of Mion, Satsuki Yukino, similarly mentioned that it is something both those who have seen it before and are seeing it for the first time can enjoy[5]. The new series was always intended to be called Higurashi no Naku Koro ni Gou, something not publicly revealed until the airing of the second episode.[6]

The English subtitling for the anime is done by Katrina Leonoudakis[7].

Before the airing of the first episode of Sotsu, Ryukishi posted on Twitter that Gou and Sotsu are meant to be the culmination of the Question Arcs, Kai, and Rei.[8]

The new anime project was first announced on January 6, 2020, along with the unveiling of its official website and key production staff[9]. On March 21, the first promotional video for the anime was released, also placing the air date in July 2020. A manga version of the new anime illustrated by Tomato Akase was also announced to be released alongside it[10]. The anime was postponed on May 21 due to production issues caused by COVID-19, and was confirmed for a Fall season release on July 3[11]. A second PV was released on August 21, along with the broadcast information for two cours. A new radio show hosted by Mai Nakahara and Soichirou Hoshi began airing on the online radio station Otoizumi on September 25, 2020.[12][13]

The series was marketed as a "new anime project" in both English and Japanese, and the PVs showed only scenes from the original story, with the exception of one new club activity. The first episode also used the opening of the 2006 Higurashi anime as the ending song, while hiding the name of the anime and story arc. With the more distinctly different events of the second episode, the true title of the anime, Higurashi no Naku Koro ni Gou, and the name of the first arc, Onidamashi-hen (officially translated as the Demon Deceiving Chapter) were revealed. The promotional materials and website for the series were also updated accordingly, and a third PV was released[15].

The series is licensed by Funimation, which airs the English subtitled episodes one hour after the first Japanese broadcast. It is available through the main Funimation site with a subscription in the United States, Canada, the UK, and Ireland, available in Australia and New Zealand via its subsidiary AnimeLab, and available in Europe via its subsidiary Wakanim, which also includes subtitles in German, French, and Russian. The anime is also licensed by Ani-One in several Asian countries, specifically Brunei, Cambodia, Taiwan, India, Indonesia, Laos, Malaysia, Myanmar, Pakistan, the Philippines, Sri Lanka, Thailand, Vietnam, Laos, Bangladesh, Nepal, Macau, and Hong Kong, where it is available on the company's Youtube channel free of charge.

An English dub of the series along with voice actors was announced on November 4, 2020 by Funimation on their Twitter account, with the first dubbed episode airing on November 5, 2020.[16]

The first cour consists of three arcs, each named after one of the first three main story arcs in the same order with the second kanji in the name replaced with damashi (騙, lit. deceiving). Each of them also has the exact same length as their main story counterparts from the 2006 anime series in terms of the number of episodes.

The season is being released as home media in five box sets in Japanese from February 24 to June 30, 2021. The first English Blu-Ray set containing Episodes 1 to 13 will be released on October 26, 2021. 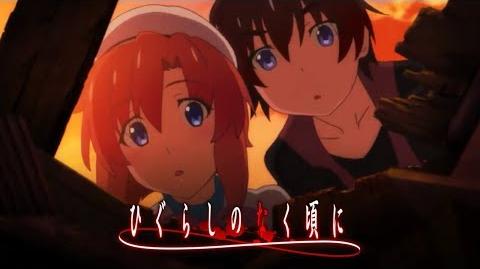 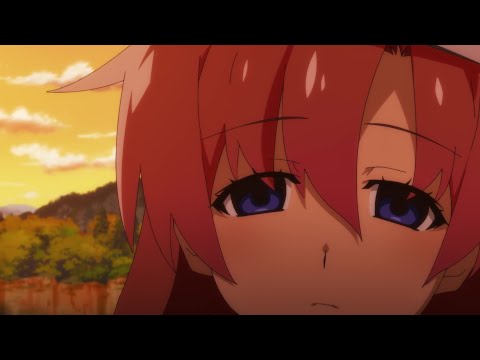 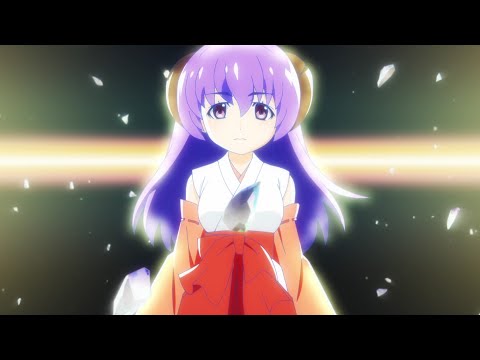 A namesake manga series illustrated by Tomato Akase started serialization on Young Ace Up on the same day the first episode of the anime was aired. While originally implied to be an adaptation, it eventually appears to be separate altogether with Higurashi no Naku Koro ni Meguri announced as the manga's sequel. The manga includes four arcs, all of which share the same names as those of the first four arcs in the anime in the same order, while Meguri starts with an arc sharing the same name with the fifth and final arc in the Gou anime.

New key visual produced in collaboration by Funimation and KADOKAWA

English logo before the title was changed to Gou.

Title card used in the first episode before the reveal of the full title.