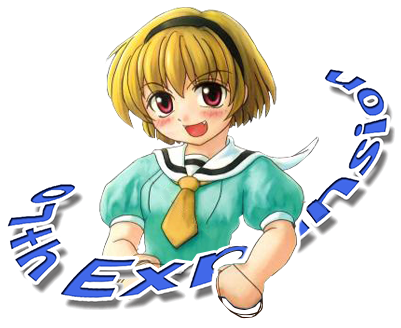 Hello! I noticed that a few bits of information listed in the "Umineko WHEN THEY CRY (Anime)" article's trivia section have several mistakes and some blatantly untrue information, which should probably be fixed. Since I am not a member of this page and cannot edit, I can only post here and hope an admin or moderator sees.

Below is my list of the information I believe to be incorrect.

-"Sales of the anime adaption were very poor in Japan. There is a rumour it only sold under 500 copies out of all 13 Notes and their Special editions."

This is incorrect, do not cite rumours as fact on an informational Wiki page. Sales were not great, but not nearly as poor as suggested here. Note.01 even sold over 2,000 copies in its first week. A more thorough look at first-week sales of individual volumes can be seen here: http://www.someanithing.com/376

-"In several scenes, Shannon and Kanon have been shown together in front of Battler at the same time"

I recently rewatched the series and can confirm this never happens. Unless I am mistaken, in which case, a citation might be useful.

-"In certain scenes and especially merchandise, Shannon has been shown to have real breasts. "

Debatable. All official art by Frontier Works of Shannon doesn't even show cleavage. There are no scenes in the series that show them explicitly either. There is no close enough look at Shannon's chest to determine how real it is in the anime's materials.

-"Shannon's corpse is found with the stake in her forehead instead at her side. "

Incorrect. The anime version of the scene illustrates the stake beside her head on the dresser.

-"In the Tea Party, Battler wasn't shown bashing Beatrice's head on the table after asking Beatrice to make him a sandwich. "

This isn't incorrect, but I don't see why this must be specifically labeled as a "plot inconsistency." It seems strange to include.

-"After Chiester Sisters killed Krauss and Natsuhi, it was not shown their corpses being carried out to the outside. "

This is partially correct, however the corpses were shown being dragged away, and then subsequently found outside. The action of them being physically taken all the way to the location wasn't shown, but the intent was suggested, so I don't think this can truly be considered an "inconsistency."

(edited by A Fandom user)
No replies yet. Be the first!

What do you think?